Lake Forest College is proud to announce that Mark Abrahams ’68 is the recipient of the College’s Distinguished Service Citation and Peter Hearn ’78 is the recipient of the Outstanding Alumni Leadership Award. The Distinguished Service Citation recognizes outstanding service and dedication to Lake Forest College, and the Outstanding Alumni Leadership Award is presented to alumni who have demonstrated outstanding leadership in their profession.

The office of Development and Alumni Relations is proud to announce our 2018 Alumni Awards which recognize individuals who have shown unlimited commitment to the welfare of the Lake Forest College community.

The College’s Distinguished Service Citation Award was presented at Homecoming 2018 to Mark Abrahams ’68 in recognition of his outstanding service and dedication to the College. Abrahams was class treasurer during his first year at the College, as well treasurer of the Lake Forest TKE fraternity for two years. He was also an Iron Key recipient, and was well-known for his impact on intramural sports. After Lake Forest College, Abrahams received his masters at the University of Toledo. He later enlisted in the Army and served in Vietnam. He started his career working for the City of Worcester in Massachusetts, then moved to the state’s Department of Revenue as Chief Compliance Officer. He left state government to start his own consulting firm, which now includes his son, Matthew. 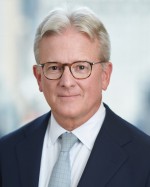 Peter Hearn ’78 was selected to receive the Outstanding Alumni Leadership Award. This award, created in 2001, is presented to alumni who have demonstrated outstanding leadership in their profession or vocation that affirms the value of a liberal arts education and brings honor to Lake Forest College. Hearn has a strong Forester Family with siblings, David Hearn ’80 and Edward Hearn ’83. His career achievements include Vice President and Principal of Towers Perrin Reinsurance, Senior Vice President at Willis RE, CEO at Willis RE, and President and Chief Executive Officer of Guy Carpenter & Company, LLC. Hearn embodies continued dedication to the College and is a longtime supporter of the liberal arts education at the College.