Meet the Kunas and their molas! 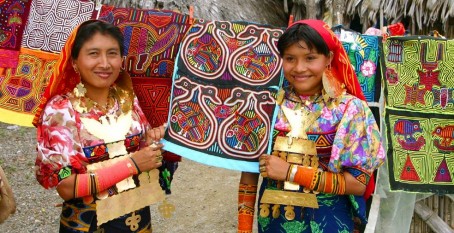 Feel like these molas have too many colors on them? These ladies certainly do not think so! As Kunas, their perception on the aesthetics of space dictates that every space and surface can and should be used to its maximum capacity!
When was the last you even cleaned something up? 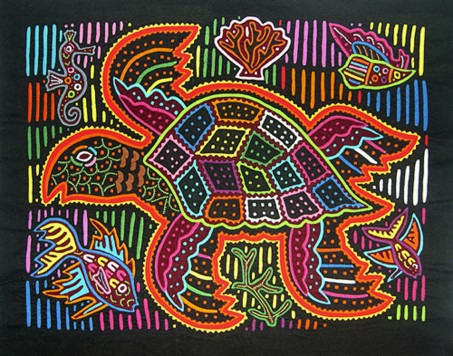 Not that you should use a mola! While they do look like colorful table cloths these panels are traditionally used as part of the Kuna outfit as seen below!) 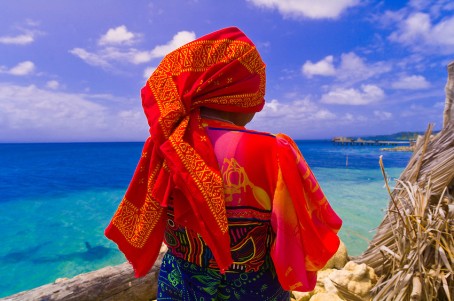 Where do the Kuna live?

The Kuna (or Cuna) are an indigenous group of people that live in Panama and in a few villages in Colombia. Most Kunas live in reserves known as comarcas in Panama - their biggest comarca is that of Kuna Yala, a reserve that includes the beauteous chain of islands of San Blás!

(Don’t feel intimidated by all the arrows and text! Just focus on the yellow stripes - those are the reserves!)

What do they speak?

The Kuna language belongs to the Chibchan language family and currently has an estimated 50,000 speakers. While this number might seem like a comfortable estimate, Kuna is regarded as an endangered language as a result of their slowly diminishing numbers.

This is partly due to how in order to economically prosper, the Kunas have had to resort to selling their molas to tourists, which required them to learn either Spanish and/or English and to move into the cities. Despite this, the Kunas have consistently made an effort to continuously wear their traditional clothes and have shown remarkable resistance to Hispanic assimilation choosing instead to remain as faithful to their traditions as possible.

What else do they speak?

Glad you asked! As you are surely well aware of, languages can have different linguistic variations depending on the situation or geographical area. For example: Spanish and Japanese will use a ‘formal’ conjugation when speaking in a formal setting. Kuna has four linguistic variations:  Tulekaya, Sakla Kaya, Kantule Kaya and Suar Nuču Kaya. While all these fall under the traditional Kuna language, they are distinguished by their vocabulary, sense of formality/ceremony, phonology, morphology, syntax, semantics, and discourse structure.
———————————————————————-—————————

Tulekaya is the most commonly used variation of Kuna. It is used as everyday speech and of the four variations is the least formal. As a consequence of this, Tulekaya exhibits linguistic characteristics such as ‘vowel deletion’ 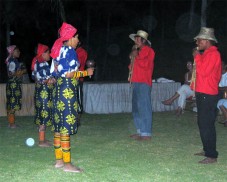 where a word like neka (house) is shortened to nek, relatively short sentences, and few suffixes attached to each verb. A Tulekaya word like parittochurmala (they didn’t feel anything anymore) is a complex word derived from the words pal(i)-itto(e)-s(a)-sul(i)-mala that was subject to considerable vowel deletion (parenthesized vowels) in a typically relaxed social setting.

Sakla Kaya is a linguistic variation used exclusively by individuals of higher ranking namely the chiefs. Typically verbs have three or more suffixes added. Sentences especially when chanted are typically characterized by a set of linking and framing morphemes, words and phrases, which formally mark openings and closings. For example, a typical verse in Sakla Kaya will begin with Sunna (in truth) or al inso (thus) and end with soke (say) or oparye (say, utter). The first line of the verses is usually finalized with sokelittole (say hear) or takle soke (see say), to which an apinsuet (responding chief) will respond with a melodic verse right at the final vowel of the chanting chief’s chant.

Kantule kaya is especially distinguished from the other variations by its particular lexical particularities. The Kantule chant is performed only during girls’ puberty rites and is named after the director of these rites the Kantule. 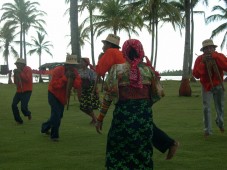 The Kantule language is chanted to the spirit of the Kantule’s flute who is said to be able to understand the Kantule and convey his wishes to the desired spirit. The verses are parallel in structure and the end of each line is emphasized by a sudden drop in pitch. The flute is an indispensable item for the puberty rites but it is also used for dances and celebrations.

Suar Nuču Kaya is used exclusively by curing specialists to overtly address in chant the spirits of animals, plants, objects, and evil spirits via an anthropomorphic stick doll/puppet as part of a curing ritual. 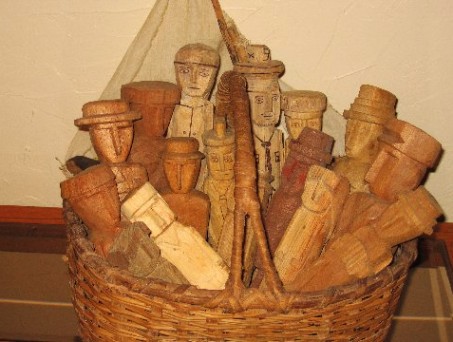 Inevitably by living in Panama, the Kuna have grown as part Panamanian and part Kuna. Through the sale of molas, the Kunas have attempted to not only subsist economically, but also to share their culture with other people and to emphasize themselves as a relevant part of Panama. Part of what makes a language endangered is entrenchment by other more dominant languages/culture that can homogenize an area into being a particular way or speaking a particular language, thus rendering the lesser known languages obsolete or an irrelevant part of culture. Some young Kunas, in particular the band ‘La Tribu’, have taken a musical approach to communicating the wishes and culture of the Kuna people as citizens of Panama through the medium of rock music. In an interview, the band communicated that they chose this genre of music and mixed it with some Kuna instruments (in particular the kamu kuna, a flute-like instrument) and rhythms partly simply because of personal taste, but also to cross cultural frontiers and to create music that not only a Kuna can be proud of, but all Panamanians. Below is the song with which they debuted (En Paz) - the first half is in Spanish, click at 2:09 to hear some Kuna lyrics!


Ultimately what is evident to me is that this culture despite having an endangered language is undeniably strong. The Kuna persisted past the era of colonization and are now adapting to the particularities and intricacies of the modern world. In time, just like Kunas are accepting their nationality as Panamanians, so will the rest of Panama eventually accept the Kuna as part of them. As interest in the Kuna language and culture grows at a national level then perhaps then will the language seize to be endangered. The only problem here is that by taking this route the Kuna have only exposed their Tulekaya linguistic variation to the outside. If the Kunas were to actually grow, expand, and live in the cities, then where would the Kantule Kaya and Sakle Kaya exist? Even if Suar Nuču Kaya was being used in the lyrics by La Tribu it would not be the same because Suar Nuču Kaya was created specifically for the stick-doll ritual. You might be saving the words, but you are not saving the language as a whole and the entire culture that comes with it.

Still, if we can’t save the whole traditional language then perhaps the focus should be on saving what is pragmatically possible - marketing indigenous heritage through the medium of music is known to work! The Otavalans from Ecuador have a long history of using their indigenous background to create music and textiles exclusively for the international market! Thanks to this, Otavalans today are known almost worldwide!
(Though it came at the cost of some of their traditions…)

Perhaps a similar future awaits the Kuna youth of today… perhaps a particular future made out of passion and hard work, coated in peaceful-minded lyrics… laced with some potent rock & roll.

I leave you with “Olomachi” by La Tribu.

Want to Know More About My Language? Click On The Images Below For Additional Information! 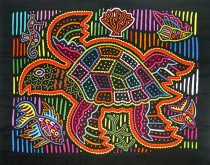 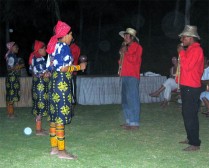 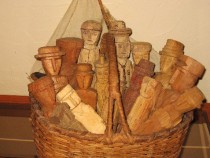