Vinca minor, or the Periwinkle, is a flowering plant non-native to Lake County. Although technically an invasive species, it is popularly used as ground cover in gardens. 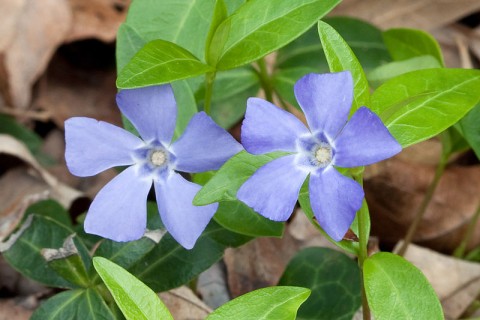 Leaf: The leaves of the Periwinkle are simple, opposite, elliptic, and have entire margins.

Flower: The flowers of the plant are normally a light blue, but can vary from white to pink to red-violet. It has five petals which unite into a tube.

Shape: The plant is actually a very short trailing shrub with a long system of roots, growing up to 10 feet across. 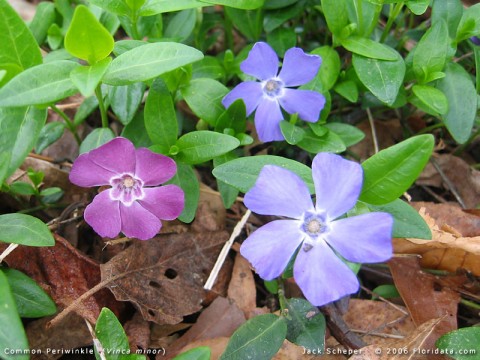 The Periwinkle is native to Europe and was brought to North America in the 1700’s as a decorative plant. Its seeds quickly escaped gardens and the plant spread across the continent. The plant prefers shady woodlands and savannas. It is considered an invasive weed in most states.

Non-human: If unchecked, Periwinkle is capable of aggressively dominating landscapes, preventing the growth of similar low-lying plants. On the other hand, the plant is popularly used as ground cover because it retains the soil’s moisture and prevents erosion. Animals such as deer and rabbits tend to avoid the leaves. Rather, insects such as aphids, mites, and weevils will eat them.

Humans: In gardens, this is a pretty blue flower that can keep soil healthy. In natural environments, it is considered a large threat to other plant species. There is a divide between botanists on how V. minor should be regulated. 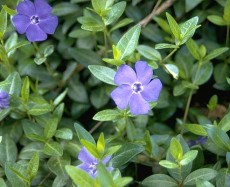 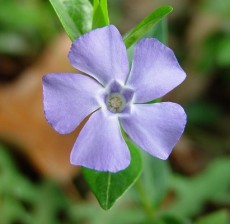 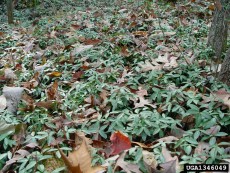