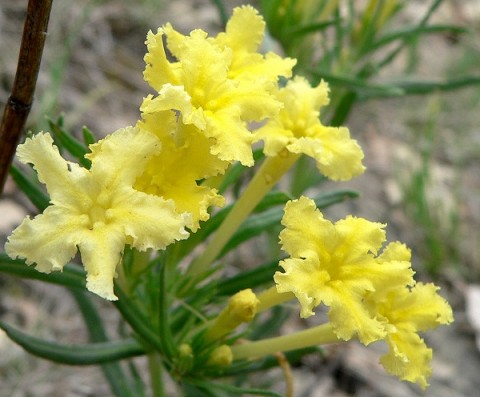 Who could describe you, child of mystery
And silence, born among these solitudes?
Within whose look there is a secrecy,
Old as these wanderingwoods,
And knowledge, cousin to the morning-star,
Beyond the things that mar,
And earth itself that on the soul intrudes.

How many eons what antiquity
Went to your making? When the world was young
You yet were old. What mighty company
Of cosmic forces swung
About you! On what wonders have you gazed
Since first your head was raised
To greet the Power that here your seed-spore flung!

The butterfly that woos you, and the bee
That quits the mandrakes’ cups to whisper you,
Are in your confidence and sympathy,
As sunlight is and dew,
And the soft music of this woodland stream,
Telling the trees its dream,
That lean attentive its dim face unto.

With bluet, larkspur, and anemone
Your gold conspires to arrest the eye,
Making it prisoner unto Fantasy
And Vision, none’ll deny!
That lead the mind (as children lead the blind
Homeward by ways that wind)
To certainties of love that round it lie.

The tanager, in scarlet livery,
Out-flaunts you not in bravery, amber-bright
As is the little moon of Faërie,
That glows with golden light
From out a firmament of green, as you
From out the moss and dew
Glimmer your starry disc upon my sight.

If I might know you, have you, as the bee
And butterfly, in some more intimate sense
Or, like the brook there talking to the tree,
Win to your confidence
Then might I grasp it, solve it, in some wise,
This riddle in disguise
Named Life, through you and your experience.

The Fringed Puccoon has a rather unique flower with five yellow petals that are wavy. This species has simple alternate leaves, and can grow from 6 inches to about a foot and a half. The fringed puccoon requires rather dry soil, and is usually found in prairies and savannas. 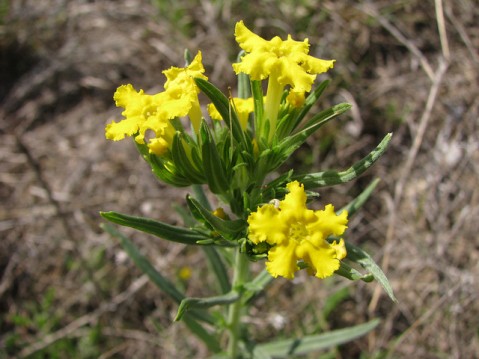 Leaf: The leaves simple alternate and between two and four inches in length.

Flower: The flowers actually change as the season progresses. They are first large, wide, showy yellow flower; that eventually form a funnel and a much smaller flower. each flower has five petals.

Seeds: Each flower contains four small fruits, each which contains one seed.

Shape: The Fringed Puccoon is a rather erect plant with a terminal flower.

Life span: It is unclear how long this species lives but at least three years. 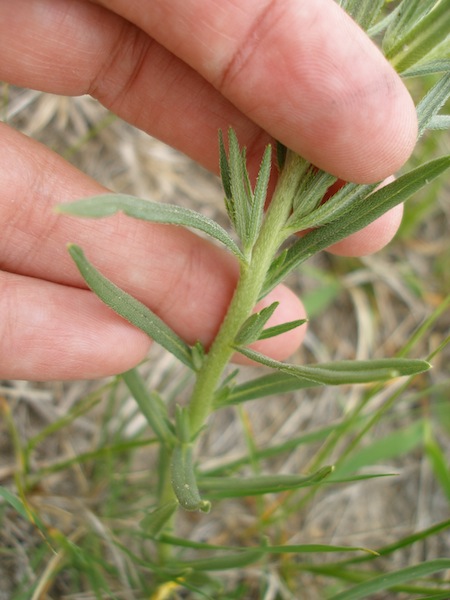 The Fringed Puccoon can be found in about 25 western states and five Canadian Provinces. As long as the soil isn’t to moist and the sun is in abundance this species can survive. It is a beloved flower in Kansas due to its beauty and history.

The Fringed Puccoon has a rather wide range across the United States and Canada. Due to the soil conditions and amount of sunlight the plant requires. It cannot survive extreme cold, although it can survive in the American Southwest. 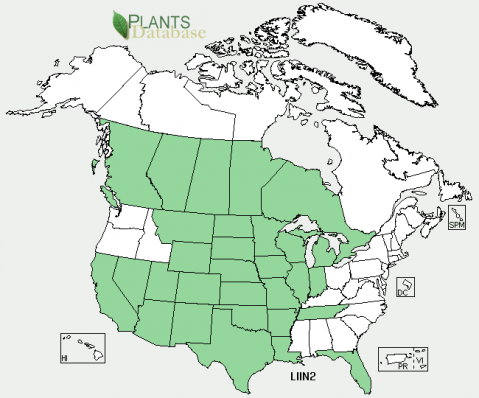 The Fringed Puccoon is important to the ecosystem mainly due to its hardiness. It can survive in fields that would otherwise be overtaken by weeds and non-native plants. It also grows in mainly sandy soils, which are easily eroded. The roots help give structure to the soil, and prevent erosion.

The plant mater is also eaten by insects and mammals.

Non-human: The flower is occasionally used for grazing by animals, and is self pollenating.

Humans: Native Americans found many uses for the species, mainly in the roots. They used the root for many medical uses, mainly for a cold and cough. It’s Purplish root was also used as die, in history purple has only been worn by the very wealth due to the expense to make the color. 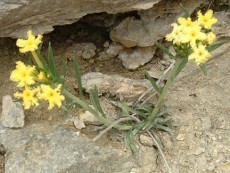