Yellow Rocket, Barbarea vulgaris, also known as Common Witch an invasive,  non-native species in the Bracacaea family. It’s a weedy plant that grows to be anywhere between two and four feet tall with four yellow petals causing its flower to stand out. The Yellow Rocket flowers in a period that begins in April and extends into July. 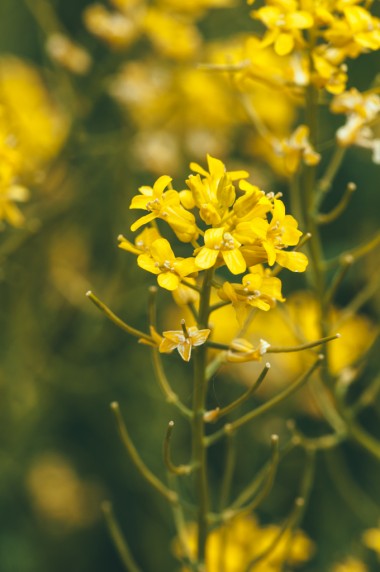 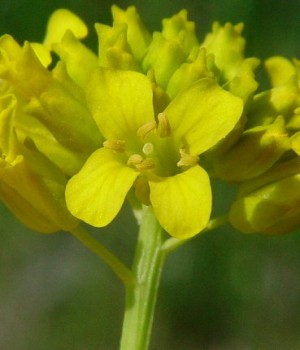 Flower: The Yellow Rocket’s flower has four yellow petals that stand free and taper into a lighter yellow and at times white color at the base. The flower contains six erect stamen that grow up to 4mm long. Filaments are glabrous, whitish yellow, with glands at the base. The anthers are yellow ranging from 1-1.5mm broad. Style 1.8mm long, persistent, Sepals 4, greenish yellow.

Fruit: They are many seeded, erect to spreading, 2-3cm long, slightly compressed, and beaked.

Barbarea vulgaris is native to Eurasia and considered a weed in North America where it has found its hold. The Yellow Rocket is such a hard species to eradicate because it grows in many soils like sandy, medium, and heavy clay soils and prefers well-drained soil. Suitable pH: acid, neutral and basic alkaline soils. It can grow in semi-shade or no shade, it prefers moist soil. It grows where ever it can including cropland, fallow fields, vacant lots, construction sites, gardens, moist meadows, areas along roadsides, and waste areas. Sometimes this species occurs in natural areas that are slightly degraded like prairie restorations. Its hard to miss this plant in the middle of the spring its bright and abundant yellow flowers dominate the roadsides and waste places. 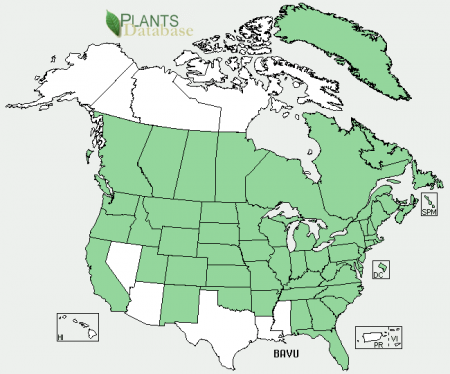 Relationships With Other Species

This plant is used by farmers in an attempt to combat the growing diamondback moth population. When Barbarea vulgaris is placed in a field they attract much of the diamondback moth egg laying females to lay there eggs on the plant. The larvae die shortly after hatching due to a chemical that they plant secreates, this kind of insect control has been named dead end trap cropping.

The leaves are vulnerary and have been used as a poultice for treating wounds[207, 240]. A tea made from the leaves is appetizer, antiscorbutic and diuretic